Increasing public awareness on hand hygiene has led the WHO to focus on explaining and proving two simple facts:

Hand hygiene is a key to Patient Safety

1. Nosocomial infections are a deadly burden on patient safety 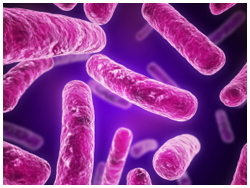 Measuring the burden of nosocomial infections has proved to be quite dicult for the WHO as data on the matter is still unorganized and lacking. The lack of data on the topic is mainly due to that the facts that nosocomial infections are technically dicult to monitor (1). Also, not many hospitals, especially in third world countries, have the technical and human resources to correctly monitor infections. To make up for this lack of data, the WHO has engaged in conducting its own research and came up with a survey nding entitled "Report on the Burden of Endemic Health Care-Associated Infection Worldwide" (2). The two main conclusions from this report emphasize the risk caused by nosocomial infections on Patient Safety :

• Nosocomial infections are the most numerous, dangerous and costly medical adverse events for hospitals and patients worldwide. Some statistical gures in the US regarding the burden of nosocomial infection cite 99,000 deaths in 2002 with an additional cost of 6.5 billion US$ in 2004.

To actually implement those recommendation on hand hygiene, WHO as part of the Clean Care is Safer Care program has been conducted in collaboration with the Ministry of Health from member States, signing formal commitments on the fight against nosocomial infections through improving hand hygiene in their country. As of now, more than two thirds of WHO member States have already signed the pledge to take action. From now on, the project aims at continuing to raise awareness on the field of hand hygiene through studies and monitoring of nosocomial infections and finding ways to improve infection prevention through hand hygiene. On this aspect, the WHO plans to regularly update its guidelines on hand hygiene. 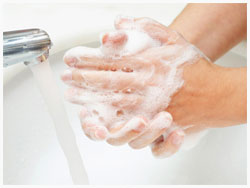 Studies on the theme of hand washing have sprung up in recent years and all point to the conclusion that hand washing does actively prevent the spread of nosocomial infections. The WHO carried out their own research on the topic and conducted specic research on the results of implementing a program to raise hand hygiene compliance in healthcare setting. This program entitled, "WHO Multimodal Hand Hygiene Improvement Strategy," is part of the 3rd phase of the Clean Care is Safer Care program that relates to technical guidelines and tools. The studies performed in various pilot site hospitals worldwide show how eective hand hygiene is at ghting nosocomial infections{1}. Some of the results include :

• In a pilot site in Australia the monthly bacteraemia rate went down 57% after the WHO multimodal hand hygiene improvement strategy program was implemented.

• In a pilot site hospital in Hong Kong one hospital saw its nosocomial infection related economic burden go down 15,000 US$ between 2006 to 2007 during which the WHO multimodal hand hygiene improvement strategy program was implemented.